THE place to discuss the game

Quarter Cup - Beyond the Boundary

Glad you found it useful Jamie, it certainly makes it worthwhile to get that level of feedback. I suggest taking a look at this weeks edition which is now completed as well. Great information provided by this weeks contributor.

That goes for everyone, definitely worth a read and looks like a fair bit of effort has gone into it.
Manager of Lauderdale CC
Australian National Team Manager
National Duties: Mitul Patel (Bangladesh) Patrick Piggott (England)
Top

ltraynor wrote:Glad you found it useful Jamie, it certainly makes it worthwhile to get that level of feedback. I suggest taking a look at this weeks edition which is now completed as well. Great information provided by this weeks contributor.

That goes for everyone, definitely worth a read and looks like a fair bit of effort has gone into it.

Glad you got Stoma to do it, a great article and really helpful for new players!
Manager of West Row Wyverns and affiliate East Row Eagles
Winner of the grand slam in season 13 (Dev, T20, SOD, Cup, International)
Top 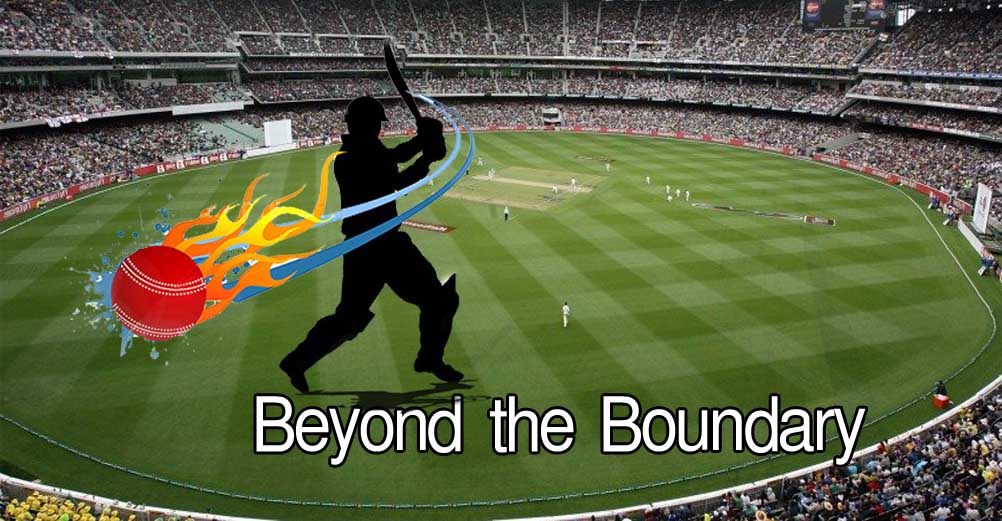 This Saturday sees the very last opponents of each group facing off for the first time before the teams come around for a 2nd run. With some teams wanting to reverse the result of the previous encounter. Groups are shaping up to be competitive with many possibly going down to the wire later in the competition at this rate.

Important match for Sir XI in order to keep in the top 2 to advance. Lloyd wins the toss for the Reds and sends in Sir XI to bat first who have a disaster of a start with wickets falling early before a brave knock from Armstrong (83) to steady the innings. He had support from the rest of the batting order but no one stayed around for a massive partnership. It was Nozulu who tore open the top order who was the pick of The Reds bowlers. Sir XI finishing with 241/9

Set a moderate total to chase the Reds opener Ascott got the chase under way with a big massive 114 before being runout by cream before Nozulu returned after a great innings with the ball to get a solid 56* helping The Reds chase the total down with 11 overs to go in a comfortable manner. This win brings The Reds back close enough to compete for the top 2 but will need a really solid second half of the season.

Barker wins the toss and decides that Krypto will bat first which proved to maybe the wrong decision given the way the team batted. Sickleborough dominated this innings with 4 wickets including being very economical in his 10 overs. Martinus (69) was the only innings of note who scored his runs at a decent strike rate of almost a run a ball. All out 174 was well short of what would be needed on this pitch though.

Set a modest total to chase the top order grinded there way towards the total at a slowish pace opting not to take unncessary risks. The main contributor being Sashti (77) Hydes 2 wickets for only 35 did give some hope but the wickets fell to late to really do enough damage. The chase was over in exatly 40 overs putting WRW in a strong position to advance to the Knockouts with their current form.

Massive game in Group D here with both the previously undefeated teams finally clashing Imran wins the toss and sends the opposition into bat on this wet and windy day. Two innings really stood out in the innings Rowley (64) and Sellamattu (53) striking at 117 which is fast scoring in these conditions. Imran and Butcher were both economical with the ball but the main wicket takers with (3) each were Nauman and Spong. with the tail creeping it's way to 239 in their 50 overs.

Great start in the chase with both openers Hartman and Redman giving a fair contribution to this total that was probably a fair challenge in these condtitions. Unfortunately with only 1 other contributor Milligan the rest fell in a bit of a heap and wasted the start the openers had made. 3 run outs and bowling by Beales who got (3) was the difference in the innings with the wanderers all out 43 runs short of the total.

Guide on getting the most from your fielding

brought to you by James018 who manages Green Valley Eagles

Fielding is one of those intangibles in the game that is very hard to value correctly. We do have misfields and dropped catches in the commentary to go on, and difficulties for each check, but we'll never quite know how many runs were lost because you dropped their star batsman on 10 (maybe the next batsman would have come in and scored a hundred?) or because you picked an average bowler with great fielding over a good bowler with poor fielding.

As such, we're left to rely a lot on guesswork. I am renowned for apparently "getting the best out of my fielders" because I have such a high fielding rating in the reporter's summary. However, that's just a reflection of the way I balance fielding with batting and bowling compared to other managers. I value fielding more highly, hence I tend to pay more on players with high fielding (and perhaps lower other skills), hence I end up with better fielders in my lineup. Whether my strategy is the right one or not, only results can tell.

In saying that, putting emphasis on fielding does give me a leg-up in understanding how fielding works in the game, since I necessarily need to give that due consideration in order to succeed. So, here are some pointers I've picked up over time. A lot of them, other senior managers would also be aware of, but hopefully it helps a few.

- Fielding ratings don't just cover fielders. Your captain's skill contributes to the ratings as well, and having a good captain will certainly help get the best out of your fielders, by positioning them on the field where the ball is most likely to go. Naturally, the better the fielders, the more benefit this gives. So if you're going for high fielding skills, a top-shelf captain is even more important.

- Similarly to a good captain, field aggressions help you make sure fielders are in the right positions to stop runs and take catches. You can see how many fielders are in close (high aggression), on the ring (moderate aggression) or on the boundary (low aggression) by the image on the natch orders page. Just like in real life, it's generally advisable to start with aggressive fields and reduce the aggression as the innings goes on, since batsmen at the start of the innings will typically defend more and offer chances to the close fielders, while the late-overs slog will give catches on the boundary. Other factors like pitch, weather and bowler skill are also worth considering.

- Wicketkeeping also fits within fielding ratings. Similarly to fielding, the impact of keeping is hard to measure. However, I have always found it worth having a very high-quality keeper (20 potential if you can manage it), as they can make 2-3 dismissals a game which is practically worth an extra bowler. They should be able to hold their own with the bat but any more than that is optional, and the benefit of this strategy is you can usually find a high-potential keeper with OK batting potential on the market for very low cost.

- Fielding characteristics are worth paying attention to. Having the Bullet Arm characteristic is *very* helpful in particular. Even though it risks giving overthrows if a poor fielder has a characteristic, I have still found bad fielders with Bullet Arm can get a lot of run-outs, perhaps on average one in three games - and they can be any batsman, at any stage of the innings, regardless of quality. That can turn a match. Safe Pair of Hands, I find to be very helpful on wicketkeepers. You can take a slightly lower keeper with SPOH so you don't need to spend as much on wages - or find a 20 potential keeper with SPOH who will be pretty much as reliable as you can get. Close Catcher is, in my experience, the least useful of the fielding characteristics. It's helpful on a good fielder, but on a bad one it can backfire by leading to more dropped catches in close.

Those tips should all be helpful if you want to get that extra 1 per cent out of your fielders. In the end, though, the number one takeaway from this is that fielding is by and large a trade-off with batting and bowling skills, and it is up to you, in the end, to find what you think is the best balance between them.

Looks like a blockbuster of a weekend for the competition with alot of very strong teams facing off. Could be the difference between who finishes in the top 2 or not. Stay tuned for some exciting games.

See you next week.

Thanks James. Your inputs are always helpful, even in other online cricket management games.
Top

So I said this earlier. These are the run-rates for the overs in today's game:

That's how you build an innings.

BTB is a little behind. I've been sick since Friday so haven't had a chance to get online all that much. I'll be playing catch up. Hope everyone is still enjoying the comp!
Manager of Lauderdale CC
Australian National Team Manager
National Duties: Mitul Patel (Bangladesh) Patrick Piggott (England)
Top

We're now at the half way point of the competition and things are really heating up. Some very important games coming up and some must win games in order to stay in the running for promotion to the knockouts for some teams this round. Good luck to all teams on this 2nd half of the league stage.

Sir XI vs All in the Wrists

This weeks bonus article will be a tribute piece to the late Dean Jones who passed away suddenly and I am happy for any submissions from anyone who wishes to contribute. Positive tributes only please.
Manager of Lauderdale CC
Australian National Team Manager
National Duties: Mitul Patel (Bangladesh) Patrick Piggott (England)
Top

Havent noticed this, it is looking good for badshas in Group E for now
Top
Post Reply
37 posts

Users browsing this forum: No registered users and 10 guests